All of this information below is taken from the Wikipedia website. PCC stands for "Presidents' Conference Committee". The group's membership consisted primarily of representatives of several larger operators of U.S. urban electric street railways plus potential manufacturers. Three interurban lines and at least one "heavy rail", or rapid transit, operator—Chicago Rapid Transit Company—were represented as well. Also included on the membership roll were manufacturers of surface cars (streetcars) and interested component suppliers. 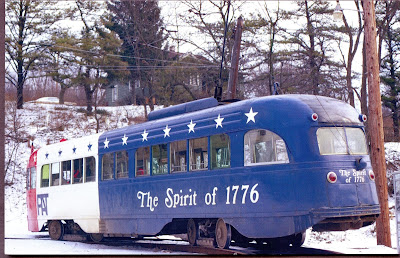 ERPCC's goal was to design a streamlined, comfortable, quiet, and fast accelerating and braking streetcar that would be operated by a seated operator using floor mounted pedal controls to better meet the needs of the street railways and to better appeal to riders. they prepared a detailed research plan, conducted extensive research on streetcar design, built and tested components, made necessary modifications and revisions based upon the findings, and ultimately produced a set of specifications for a standardized and fixed design 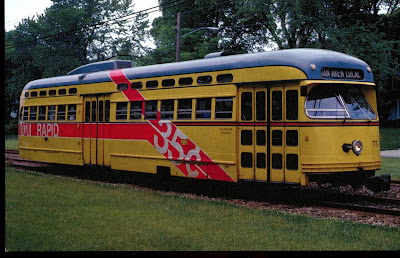 (albeit one with a modest list of available options with ample room for customer customization) to be built with standard parts as opposed to a custom designed carbody with any variety of different parts added depending on the whims and requirements of the individual customer. An excellent product emerged, the PCC car, as was proved in later years by numerous national and international users. Westinghouse developed the XD-323 rotary accelerator for motor control with 99 points; it was installed in the first PRCo car, number 100, and minor modifications allowed use in the last PCCs produced in North America for San Francisco in 1952. Prior streetcar control, existing from the 1890s, required a standing operator at a three foot high vertical "switch stand" to rotate a handle to one of six brass points mounted within the stand to provide traction motor control and acceleration. The PCC had its accelerator 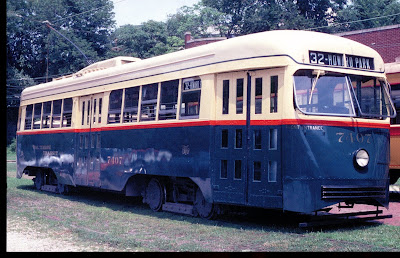 under the floor where the pedal activated linkage to resistance ribbons were mounted to each PCC point around the outside edge of the accelerator. The PCC car was not just another modular vehicle but the result of the only systems engineering approach to mass producing a rail car. Research into passenger comfort resulting from vibrations, acceleration, lighting, heating and cooling, seat spacing, cushion height, space for arms, legs, standing passengers, economies of weight affecting maintenance, cost of power, reduced wear of components and track. Dimensions were established to fit the majority but could easily be changed for special situations. Windows were spaced to match seating.
Posted by David at 6:23 AM