The image on the front of this postcard shows the Transcontinental Limited train on the Canadian National mainline at Lucerne, British Columbia. 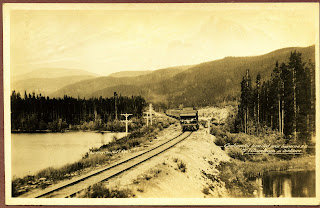 Gowen & Sutton, the name on the back of the post card, were publishers of 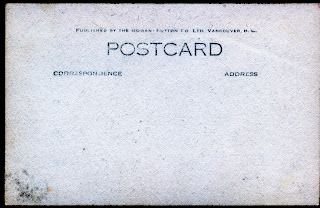 real photo and printed postcards of the Canadian West. Not only did they produce cards depicting large cities, they captured many hard to reach views within the Canadian Territories. Many of their cards were hand tinted in a simple manner striving for style rather than realism, which created cards in vastly differing quality. While the real photo cards were made in Canada their printed cards were made in England. They were in business from 1921 to 1960 in Vancouver.
Posted by David at 1:09 PM